We launched our Junior Hockey Academy (Primary School) in 2012 and it has grown into a very successful programme for coaching young hockey players the basics of the game on astro turf. In 2016 over 250 children participated in and benefited from this Programme.

With our partner, the High Performance Centre of the University of Pretoria, and our sponsors Dita, Our comprehensive Junior Programme focuses on coaching our junior members.

The junior programme is managed and run by National Player, Tyson Dlungwana and Provincial player Nadia Velschenk and their team of coaches that consists of National Senior players, National u21 players, and other high level provincial players 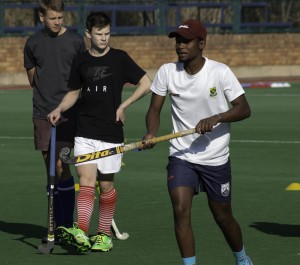 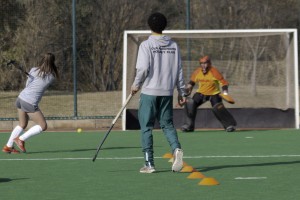 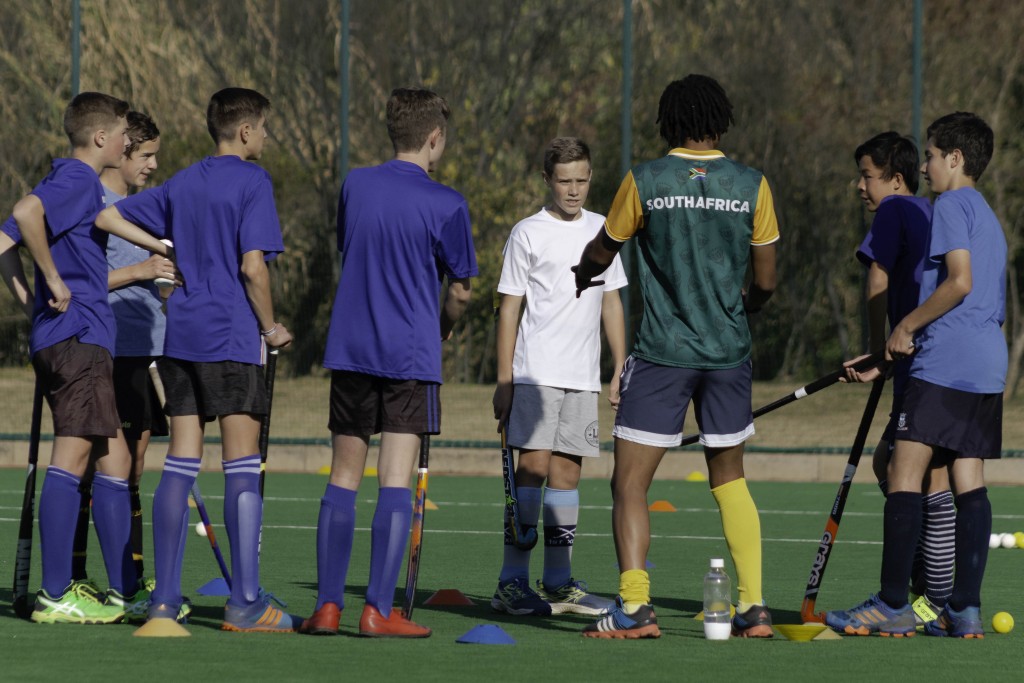 The main in-season Junior Programme comprises 12 Friday afternoon sessions that take place during the second government school term and another eight weeks during the third term.

The Friday afternoon sessions – on the astro at St Alban’s College – comprise 3 different activities that take place one after the other:

There will be a Pre-season Junior Clinic (January and February) and Off-season Clinic (October and November) as well. More information on this can be found under the Academy page.

Old Albanians Hockey Club has a special Youth Programme for high school children called the Colts (boys) and Cubs (girls). This programme is specifically designed for coaching high school children and to expose them to senior club hockey in a safe environment. In each team some older, experienced players assist and mentor the players.

The coaching programmes are specially designed to cater for the needs of younger players, to create a positive learning culture and encourage the children to experiment with new techniques and tactics without any fear of failure. The results in the matches are less important. As they develop both physically and in ability we then attempt to give them opportunities in the Club Premier league teams when we believe they are ready to compete for a place in those teams.

We in fact have a policy of ensuring all our Premier League teams have at least one school going player included.

Old Albanians, being the biggest club in Northerns,  fielded four men’s teams and four women’s teams in the 2019 Northerns winter league, (in addition to the seven youth teams that also take part in the league). All our senior teams have qualified coaches, two training slots on the astro per week.

The fact that we have so many teams means that we have at least one team in each of the men’s and women’s leagues and can therefore accommodate players of any skill level, from highly competitive, Premier league players to the social player or even beginners wishing to experience the game for the first time.

For the Men’s Masters team a minimum age of 35 is the generally accepted limit for the independent Masters league and teams are obliged to adhere to it as much as possible. Exceptions can be motivated in special circumstances, within the spirit of the Masters league and concept.

For the Ladies Masters team the minimum age (again 35) is purely a guideline. Rather than age, the criteria for this team is for ladies, who due to career or family, cannot play as competitively as they once did or would like. Training during the week is available but in no way compulsory or even expected for participation in the Saturday afternoon matches.